We had some new sponsors as well as some repeat sponsors this year. TechSmith, Blip.tv, Doctor Anonymous, Spaceblue and Blubrry sponsored both last year and this year. Circle of Seven productions, Avitae Energy Water, AssistCoach.com and The OSU Center for the Study and Teaching of Writing (CSTW) are new sponsors.

Doug from CSTW was a great host for PodCamp Ohio this year. Doug and his assistant Judy bent over backwards to make sure PodCamp Ohio 2 worked perfectly at their facility. And did the space work or what! We had more than enough rooms to our disposal as well as plenty of projectors, wireless Internet access, desks, chairs and parking! Thanks so much Doug and Judy!

We had Qdoba fur lunch again, and this time all the food went! Last year I remember finding a lot of quacamole left over that we ended up having to throw out. I’m glad to report all the quacamole along with everythign else was gone. By clean up time, we just had extra chicken, cheese, chips and shells to dispose of. Don’t worry, we didn’t throw the remaining food in the trash.

After party was a lot of fun! The food wasn’t so hot and the bar we picked was out of stock of most of their draft beers but after dinner we made the trek down High Street and visited Jenis Ice Cream. Interesting ice cream, as all the flavors are very exotic. It is definitely worth checking out if you’re ever in the Columbus Short North/Arena District.

On Sunday I met up with Chris and Kim for lunch at BC Roosters. It was great to have one more meetup before winding myself down from the weekend. When you help organize an event like this, there is defintely a day or two of withdraw afteward. It is like a combinatoin of let down that it is over, relief it is over and pride that the job was accomplished.

I’m pretty confident we will have PodCamp Ohio 3 at the same location as this year. As long as Doug will have us back then it’s a done deal. I would also like to see us create a non-profit organization to manage future PodCamp Ohio events. Last year I had two cases and this year one other opportunity that we missed all becuase we don’t have a non profit tax id. It makes sense to make a non-profit, we certianly don’t make any money from the event plus it is educational. There are a few organizers and volunteers this year who expressed interest so in a month or so once all the PodCamp Ohio 2009 dust settles we’ll start backup the monthly meetings and see what we can get setup.

I’m heading to PodCamp Toronto this weekend, I’m pretty pumped! I wanted to go last year but things didn’t quite work out with my schedule. This year though I’ll be there!

This will be the first PodCamp where I will not only be representing my company RawVoice/Blubrry and PodCamp Ohio but also my new Plugins WordPress plugins podcast. 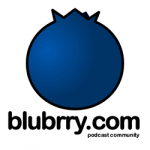 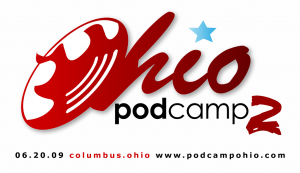 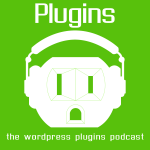 So I just printed out directions, I’m looking at a 7 hour drive plus/minus traffic. so if you’re not doing anything tomorrow afternoon and you have my cell number, please give me a call I got some time to chat. 🙂