Angelo Mandato is an

Development and consulting for web, mobile, SmartTV, and desktop applications with extensive experience with Amazon Web Services, WordPress, and podcasting.

Columbus, Ohio short term rentals with amenities focused on providing a good night’s rest with charging facilities for all your electric devices.

1988
The Entrepreneur was born
Bubble Gum in 6th Grade

Angelo got his first taste of what it was like to have a side hustle in 6th grade. On Friday's students were allowed to bring gum to class. Angelo brought bubble gum cigarettes (yes you can't do that today!). This was his first business lesson, if you have something others want, they will give you money to have it. The following Friday Angelo came prepared with two dozen pieces of bubble gum. To keep things fair he set the price at 25 cents. This side hustle worked for a couple weeks until his teacher found out.

1989
Making a passion into a business​
Baseball Card Show​

Angelo, like most boys of the late 1980's, loved baseball and baseball cards. A popular trend at the time were weekend baseball card shows that he would frequent  with his dad. After talking about the idea of hosting his own card show and risks involved with his dad, they set out a 6 month plan to make it happen. Though it took a lot of work, they had a successful baseball card show at the Medina, Ohio Best Western conference room that netted a profit of over $400.

1996-1997
Helping others with his knowledge
Precalculus Tutor

While in college, Angelo was an algebra and precalculus tutor. His ability to explain technical problems in ways for others to understand made him an excellent tutor. His proudest tutoring accomplishment was helping a blind student pass algebra class.

1998-2000
Networking for real
IT and Ethernet Installer

In his last 2 years of college, Angelo had a side hustle - fixing computers and setting up Ethernet networks in offices, including dropping cat5 cable through ceilings!

By the end of the first year of Angelo's Software Developer career, he found opportunities to make websites for companies. Websites varied from a student survey assessment system, local lumber yard business, and an insurance quote website. During this time Angelo also created a number of open source Windows applications including PDF Blender (a PDF merging tool) and PingLookUp (a ping and trace route utility).

In the mid 2000's, advertising on websites could make a lot of money. One of the most lucrative websites of the time was "Hot or Not", a website where you rated people from their photo with a vote between 1-10 how hot you thought they were. Angelo developed a version for cars that included a concept of "voting power". Having an account gave your votes more weight, and the more you voted the more influence your vote had on the overall score. This lead to the average visitor's time on site to high, optimal for an advertising driven website.

A graphical interface for developers to create install scripts, VENIS was the first time Angelo sold (licensed) software for a fee.

Founded as a company focused on advertising in podcasts, by 2007 the company expanded into  a monthly subscription service providing publishing and consumption measurement tools for podcasters. As one of the founders and the company's lead software architect, Angelo developed and innovated the podcasting industry for many years. Angelo resigned from the company in May of 2022, leaving a healthy online services business grossing millions annually.

A long aspiring goal of both Angelo and wife Heather was to own and manage residential rental units. In 2021 Angelo and Heather researched the industry and found a niche, providing short term home rentals for families visiting the Columbus area. Launched in April of 2022, in 4 short months Recharge Suites became a an Airbnb "SuperHost" with a customer rating of over 4.9. Recharge Suites is positioned to make a modest profit within its first year of business.

Here is a sample of innovations Angelo is proud of.

The Visual Environment for Nullsoft Install System (VENIS) provides developers an easy to code editor with syntax highlighting and debugging features. VENIS includes many innovations, but what stands out is the drag and drop functions feature, which allows developers to drag a function to their code that then invokes a wizard popup to simplify the process of adding functionality to installers.

PDF Blender provides a simple and easy to use interface to blend (or merge in your desired order) PDF files together. Utilizing open source Ghostscript, PDF Blender features include the ability to set a destination directory, removing the need to continually browse where you wish to save the merged PDF file as well as set a PDF encrypted password. 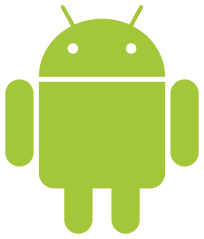 PowerPress podcasting plugin for WordPress and the getID3() library

The getID3() library is a package of PHP scripts that extracts useful meta information from MP3s & other multimedia files. Angelo contributed code to the open source project that added the file size parameter to the library’s analyze() function. This special code is utilized by the PowerPress podcasting plugin for WordPress created by Angelo. The innovative logic gave the podcasting plugin a competitive advantage by detecting mp3 meta information nearly instantly, while competing plugins are much slower at performing the same important functionality, if they can at all. 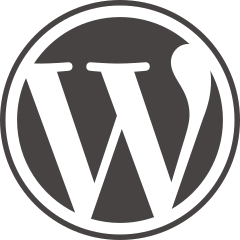