Two Years with Google Android G1 – Looking for a Replacement 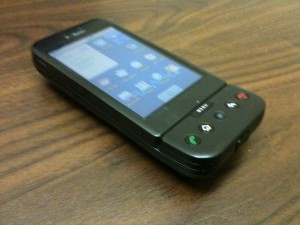 It has been well over 2 years since I got my HTC G1 with Google Android. The verdict? It has done it’s job, but it’s now showing it’s age. Running Android 1.6, I’m limited to which apps I can install. The lack of internal memory storage is also a problem, I’m finding myself uninstalling other apps I like just so I can keep Google Maps up to date. It’s time to upgrade for sure.

Reflecting on past posts One year with Google Android G1 compared to 6 months with an iPhone 3GS and Google Android G1 Week 2 Review, you can get a good idea of my opinion of the phone. I love the thing. Hardware wise, I love the keyboard. The software interface is excellent. Apps available, awesome. The latest apps and Android OS though have left the G1 behind, which is forcing me to upgrade.

I’ve been looking for a replacement for 6 months now. I really like the 3.7″ and 4″ screen models, and the processors the latest models come with in even the value priced Android phones function ten times better than my aged G1. So why haven’t I purchased a replacement? None have quite the same layout and feel. All the new phones with qwerty keyboards tend to use keys that are square with hard to feel edges. Sure, they are nice to look at, but is no solution if you’re used to typing without looking down before you start typing. 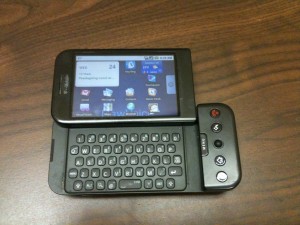 All of the replacements I’m considering have at least a 3.7″ screen, Android 2.1 or newer, a qwerty keyboard, and at least 4MB of internal storage.

Sprint’s Epic 4G – My first choice at this point, I find the keyboard the most friendly, though still not like the G1.

T-Mobile’s G2 – My second choice, this phone would be a decent replacement.

Verizon’s Droid 2 – I almost don’t want to consider this phone, but since it’s on Verizon, I am considering it since my wife is also on Verizon and we could switch to a Family plan.

Which Android phone do you suggest I upgrade to?

If you are using Lets Encrypt (www.letsencrypt.org) certificates on your Ubuntu servers, you may find the following information useful if